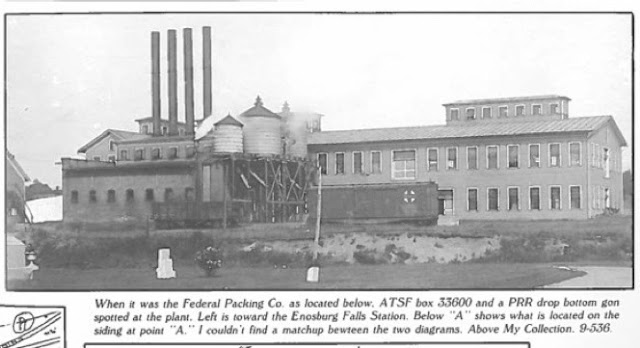 I don't think I'll be able to get an actual model of the Enosburg Falls condensery before the MARPM Open House (before the end of the year is more likely!) but that doesn't mean I don't want to think through what the building might look like. 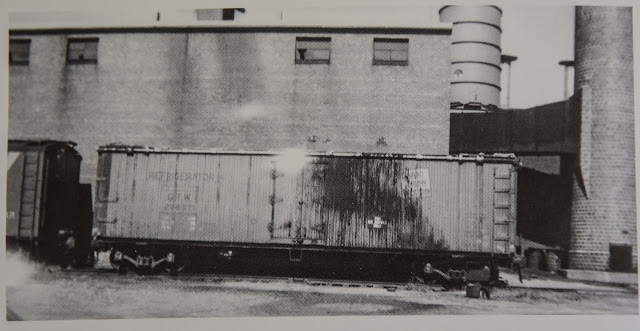 Obviously the building has seem some changes - I'd like to be able to determine the era these photos were taken - it may help refine what my model for the ~1941 era model should look like.

The shot with the GTW reefer is the later image of these two. I think the car barely visible to the extreme left is a showing the large "wiggle worm" CV logo of the post-1963 era.

The two freight cars in the earlier picture should be able to help set a baseline to come up with a range of years for that photo.

I believe these are a PRR drop bottom gon, maybe one like THIS Westerfield model. The ATSF boxcar is a little harder to pin down, but someone who knows Santa Fe boxcars may be able to use it to narrow down the era.

I suspect the photo dates from sometime in the first 30 years of the 20th century but would like to narrow down the date.